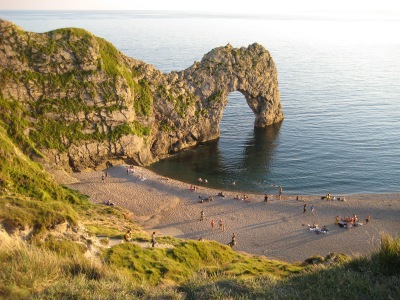 A few years ago August used to be a relatively quiet month for me since a lot of companies in Spain either close shop for a few weeks in the summer or end their working days early as it’s often just too darn hot to concentrate. However, in recent years I’ve noticed that job offers in this traditional holiday month have been on the rise and this year was no exception. Having just done my accounts, they show that I’ve translated for a higher number of clients than ever before in August.

Bloggers also kept me busy, contrary to my expectations. I had assumed I’d have to fish around for articles to include in the Post of the Day series, but that was certainly not the case. Inbox Translation shared a list of over 3000 glossaries (link below and on my Useful Links page) and the first part of David Jemielity’s essay on specialising was published on the ITI’s blog. I’ve chosen part two to be the first Post of the Day for September. Herman Boel’s piece on branding led to a lively discussion on Twitter, and Nicole Y. Adams’ thoughts on the premium versus the bulk translation market are still garnering a fair few comments. The FIT conference took place in Berlin early on in the month and the list includes three entries on this event that I’m sorry I missed.

The 2014 ProZ.com Community Choice Awards, now in the voting stage until 22 September, also kicked off in August. Unfortunately, none of my nominations made it to the shortlist, but there are still some of my favourites up for an award and I’ve already voted for them.

Lastly, I was mightily chuffed that Joseph Lambert chose this blog to include in his Top of the Blogs article. I hope you all enjoy my efforts as much as he seems to and don’t find the rentrée too taxing.

28/08/2014 Confessions of a conference addict: my time in Berlin by Claire Cox (Lines from a Linguist)

21/08/2014 Working from home: is it bad for your health? by Sara Colombo (Balance your words, balance your worlds) (post no longer available)

18/08/2014 Specializing: a ticket to the high end of the profession? by David Jemielity (The Pillar Box) (post no longer available)

15/08/2014 Don’t Babel – Don’t Crowd-Source – Don’t Call Yourself a Professional If All You Do is McTranslate No Peanuts! For Translators

13/08/2014 Why do we discriminate between signed and spoken language interpreters? by Matt Brown (Terpatron 9000) (post no longer available)

11/08/2014 Deal with it: Developing Thicker Skin as a Translator by Marie Brotnov (Translation Wordshop)

09/08/2014 SDL Trados Studio and memoQ: side by side by Emma Goldsmith (Signs & Symptoms of Translation)

06/08/2014 “I can get it cheaper”: What to do when a client rejects your fee by Kate Hamill (Freelancers Union) (post no longer available)