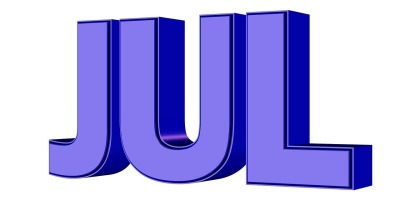 Early July I had the immense good fortune to translate a short piece about Grace Jones who gave us one of my all-time favourite songs: ‘Slave to the Rhythm’. Immersing myself in her music again after far too long an absence (I think it’s essential to listen to the music of the artists I translate about to help the creative juices flow in the right direction) was not only uplifting after all the political bad news (Brexit), but also reminded me about her strong personality and how she broke the moulds.

Grace has always been true to no one but herself and a reminder of how important that is came for me at just the right time. Sometimes with all the dos and don’ts flying around and the sacrifices I have to make as a mother, I can get lost in the fog and forget the person I used to be when ‘Slave to the Rhythm’ was the tune I always requested whenever I was near a dancefloor and the fact that I didn’t care if I neither dressed nor danced like the other women around me.

Looking back on my life since then I naturally have some regrets about the decisions I’ve made, especially when I have let myself be persuaded by others rather than listening to my gut feeling. But at the end of the day, I’m responsible for these choices and for following any advice that was not ultimately good for me. Back then I also wish I’d known that time really does fly by and that putting things off until next month, year or decade could mean leaving them until it is far too late.

I came across two relatively similar posts in July, at least one of which was shared by Lingua Greca in their Weekly translation favorites list: The advice gold rush by Paul Jarvis and The Creative World’s Bullshit Industrial Complex (with a great video). Both tie in with something I mentioned in the Blab (when I was interviewed by Dmitry and Elena as I talked about in my June post), that I’m uncomfortable with being set on any pedestal and influencing people because I don’t feel I deserve it and I’d hate for someone to do the wrong thing for them because they felt that I’d somehow twisted their arm. I wonder whether Boris Johnson ever looks at himself in the mirror and wishes he hadn’t been so persuasive…

Further reminders of the nitty-gritty of translation theme I have touched on of late came in the shape of: this thread on Proz.com, mentioned in the July newsletter, on whether you should read a book (or indeed any text) before you translate it; this article in The Guardian, which quotes Ann Goldstein as saying, “I’m not creating something new. I don’t feel it’s my job to do that”; and praise on Facebook for Michael Hofmann’s quote, “it’s running on English rather than limping after the German,” taken from the same article I mentioned in last month’s instalment, again from The Guardian.

Regardless of how you approach a text, the methods you follow, whether you stick more closely to the original or pull it apart and write something new, besides delivering an outcome the client is happy with, I guess we all strive for a translation that sings, as Ros Schwartz has so aptly said. Whatever rhyme or reason you choose for your work and life, I hope you will never be a slave to any rhythm but your own.

P.S. I also learned in July that this blog (My Words for a Change) and a guest post on here by Nancy Matis have been nominated for the Proz.com Community Choice Awards. Thanks very much for the nominations! If you haven’t voted for your favourites yet, you can do so here until 26 August.

If you enjoyed this post and would like to read more, you’ll find all the instalments listed on the Reflections & Resolutions page.

Image by Pete Linforth from Pixabay