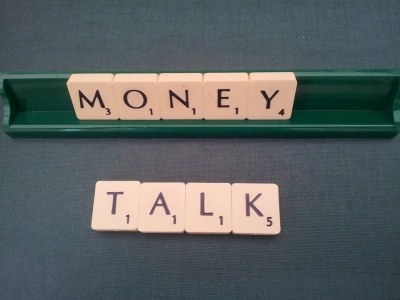 This post is not going to tell you how much to charge for your services, because there’s no such thing as a going rate in translation. The amount you receive for your work will depend on your language pair, the specialism involved (in other words whether it’s a subject you need other qualifications and/or years of experience for), and a whole host of other factors.

there’s no such thing as a going rate in translation

If you want to gain an idea of prices in your segment, I recommend you ask colleagues working in the same language pair when you meet them face to face, although they might not always be willing to reveal this information. Some rate data slips out in forum discussions, and some translators publish their prices on their websites (incidentally, this is not a practice I share because it pigeonholes you at that rate, even though projects vary so much you should ideally price them all individually as a lump sum).

ProZ.com publishes the average reported rates per language pair, which can also give you an indication of the amount your colleagues charge. And TranslatorsCafé.com has a page of translation rates statistics providing aggregate rates per language combination.

How much you charge per word is not the be-all and end-all. Let me explain myself before you throw your arms up in horror. Sometimes jobs paying a so-called ‘decent’ or ‘good’ rate actually entail far more effort and take longer than an easier translation at a lower rate. For example, if you’re earning 50% extra for a text than your own average rate, yet the text is so demanding it takes twice as long as you would normally spend translating the same number of easier words, then you’re losing out.

translation is a service, not a commodity

The obvious solution to this problem—charging twice as much— might not be readily accepted by clients who are fixated on rate-per-word prices, fail to understand that translation is a service rather than a commodity, and do not take into account that a text’s level of difficulty/specialisation and its intended purpose (whether it is for publication, for example) will have a significant impact on the amount of time a translator needs to complete the work and, therefore, the final price. Ultimately, this means you might end up refusing jobs that at first glance seem a decent proposition, as they would actually make you slave away at your desk for more hours than usual with little to show for your efforts.

Given that the real issue is how much you are paid per hour you spend working than per word, you need to set some targets and do a few calculations. I monitor my income quite carefully. Although I’d naturally like to earn as much as possible, I have established a minimum monthly target, which I then divide into weekly, ten-day and twenty-day targets to monitor how I’m doing as the month progresses. If everything is jogging along nicely, I may refuse jobs that would involve spending time working at the weekend or those I think won’t recompense my time appropriately.

When I accept a translation, I note the details down in an Excel file so that I know how much I’m going to earn for that job (in euros and pound sterling), the date it came in and when it needs to be completed by. Obviously, work can dwindle at certain times of the year (during the summer, for example), and I don’t earn anything when I take time off. This means I have to exceed my minimum target in some months to ensure I’ll make the annual target, which is always the end goal.

Setting your minimum annual target is a personal decision. In my case, I considered the UK salaries of other jobs I might be qualified to do and also the amount my family needs me to earn per month and took it from there. I then divided that into a daily figure, and finally into an hourly amount. This means you need to decide how many hours you’re prepared to work per week on average (ideally not including weekends), and that means hours spent translating, not answering emails, reading blogs and chatting on Facebook and/or Twitter! Next you need to work out how many words you can translate and polish per hour. It’s no good just counting how many words you can type (or dictate if you use Dragon NaturallySpeaking) because it can take far longer to revise a sentence until you’re happy to deliver it than to write the first draft. Once you have all those figures, you’ll realise how many words you need to translate and revise to earn your target.

500 words per hour = 0.05 per word (rarely achievable unless your CAT helps with reps/matches)

However, the above scenario doesn’t take into consideration the amount of time we spend on admin (replying to job offers, analysing texts to price them, invoicing, etc.) and marketing. It also assumes you’re willing to translate eight hours a day.

So, starting with the same minimum per month, if you’re only going to translate six hours a day, then your hourly rate would become £33 and your minimum rates would look like this:

don’t let yourself get fooled by the rate rhetoric

To sum up, I hope the above will help you realise that you need to charge substantially more for complex projects or just not touch them with a bargepole. And however you price your services, don’t let yourself get fooled by the rate rhetoric. But equally, don’t use your personal hourly rate as an excuse to charge low rates or deliberately undercut your colleagues just to land the job because you manage to translate more words per hour than most. There is a great deal of pressure on rates in some market segments in the translation industry, and it won’t get any better until we start looking at each individual job as a separate project requiring its own unique price.

My apologies to Steve Vitek for copying his format, but I just couldn’t resist adding links to a couple of songs in this post.