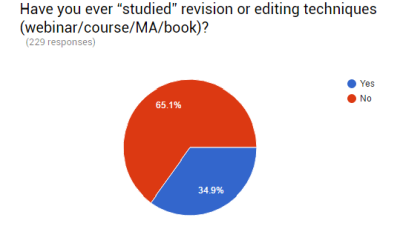 The very last question in my revisions survey (answered by 229 of the 232 people that filled it out) focused on finding out what, if any, training colleagues have in revision techniques. Out of the 80 people who responded yes to this question, 77 went on to give me the details (thank you!).

END_OF_DOCUMENT_TOKEN_TO_BE_REPLACED

I am a soon-to-be graduate from ISIT, the renowned Paris-based Translation and Interpreting school. I finished my MA in Intercultural Communication and Translation (CIT) a few weeks back. I am glad to share my experience and thoughts on this MA with you.

END_OF_DOCUMENT_TOKEN_TO_BE_REPLACED

As I start to write this post, the second week of Wimbledon is underway. The initial 128 men and women playing in their respective championships have been whittled down to just 16. Inevitably, the majority were seeded anyway, but some non-seeded players usually get through the first week as well. They are often the ones that have had the toughest battles, knocking out players with much higher world rankings than themselves. At this stage in the competition, however, it seems highly likely that the trophies will be lifted by one of the top seeds, although it’s not unheard of for an outsider to storm through and surprise us all (Becker in 1985, for example).