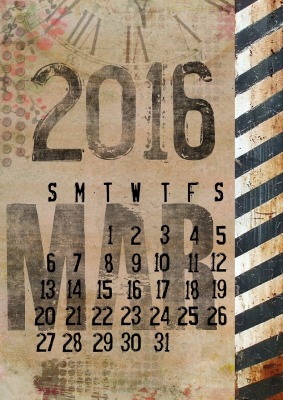 As I’m not the most tech-savvy of people, it usually takes me a while to pick up the basics, let alone the niceties, of any program. In March I finally learned a few more commands in DNS (Dragon NaturallySpeaking), specifically how to underline, put in italics and make bold. For example, in the previous sentence, if you want to put “specifically” in italics, you say “select specifically” followed by “italicise that”. If you want to underline it, you select it and then say “underline that” and (I’m sure you’ve got the idea by now) if you want it to be bold, you say “bold that”.

Made a mistake and want to reverse what you’ve done? Just select the word again and repeat the same commands. In other words, if specifically is already in italics and you say “select specifically, italicise that”, it will revert back to normal Roman type. I also tried this with “All caps that” (the command to capitalise a word or phrase you’ve previously selected), but unfortunately it didn’t work.

I had one intensive day of CPD when I went to London for a workshop given by Jean-Pierre Mailhac organised by the Media, Arts and Tourism (MAT) network of the ITI. If you’ve never been to one of Jean-Pierre’s workshops, then I highly recommend that you do so (check the calendar on his website for details of where he will be next). He offers three, on culture, currency figures and business films, and I attended the latter. This is not a mini course on subtitling, which is a whole different ball game and we were warned not to attempt any subtitling without proper training. Instead we learned how to prepare a text for voice-overs and half-dubbing.

Jean-Pierre was thorough, covered a lot of ground and also gave us lots to do for homework. And the most enjoyable aspect of the workshop was getting together with a couple of other Spanish to English translators to have a stab at translating a synchronisation text into our source language during one of the practical activities. Rascacarta may well be horribly wrong for scratch card, but I still maintain it has a nice ring to it…

While at the course I asked colleagues in one of the breaks whether they’d be happy to tell a potential agency client the brands they worked for. Everyone I spoke to seemed to agree that no, they wouldn’t want to share that info, and wouldn’t that be going against the NDAs we’ve signed with our clients anyway? I’d be interested to hear what you think about this as I decided not to continue with an application to work for an agency that was asking for these details (they also wanted me to sign an NDA making me financially liable for mistakes to the tune of a mightily hefty sum, but that’s another story). Of course, some translators already display the logos of their clients on their website or they have testimonials giving company names, so am I being overcautious and/or unreasonable to refuse to give this info?

Lastly, I came across this TED video again in March. I absolutely love this talk by Richard St. John on the 8 Secrets of Success and I can play it again and again. It’s witty, helpful and only three and a half minutes long, so yes, you’ve got time to watch it. Enjoy!